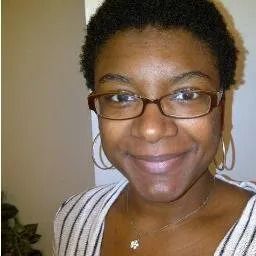 Hi all! I’m Debra Renée Byrd, a newly signed author with SFF/For the Culture at WCP. It’s been a few months since I was pulled into the fold by Chase Bolling, and I’m still trying to figure out if I’m dreaming! But while I do that, let me introduce myself blog-style.

I’m a speculative fiction author, mainly fantasy, some sci-fi. That’s what I started writing as a kid. Back in the early 90s, X-Men the Animated Series was the big thing, and I started writing and illustrating teenage superhero books. I spent about seven years writing those and jotting down ideas and scenes for horror stories and thrillers (my family is big on Stephen King. The first movie I remember seeing was Carrie). In high school, when Boy Band Mania was high, I wrote Backstreet Boys fan fiction, and I’m not ashamed. Those also ranged from thrillers to romance. I don’t know how. But I was the Nicholas Sparks of fan fiction.

Anyway, right out of high school, while I was sitting at home kidding myself about wanting to be a pop star and moving to Orlando, I had a dream. It was so vivid and adventurous that when I woke up, I wrote it down to show my younger sister. Later, I decided to flesh it out, send the first few pages to the Writing for Film/TV department of the University of the Arts where I was doing a summer program for illustration, and then, I just kept writing.

Two computer crashes, two transfers to other colleges, and seven-and-a-half years later, I had the first draft to what I called Save the Queen. I named it after an ultimate weapon in Final Fantasy IX, one of the games I was playing at the time I started writing it. Draft One was rough, but over the next few years and countless rejections later (the internet wasn’t popping like that yet, so I didn’t have anyone around to tell me not to query my first drafts), I had something I felt was worthy to publish, and I settled on the title Fractured Princess. It’s an adventure story about a princess in hiding who is tired of doing so and wishes to fight the monsters chasing her. Along the way, some dark truths are uncovered about the monsters’ origins, and the princess has to come to terms with those truths before she can save the world.

I got more agent likes during a Twitter pitch contest than I could count. But when I queried the agents, they all passed. I even had a few requests for full manuscript reads. But nothing came of that. I did a new re-write, had it edited by an author friend, and even won a contest to have my query professionally looked at so I could make it better. And still got no bites.

So, I started a Kickstarter to pay for a cover artist I wanted to commission, and with the help of my family and friends, I self-published in July 2019. And now, I’m here! Fractured Princess will be re-released in two parts by the amazing Wahida Clark’s new imprint SFF/For the Culture. It was a secret hope of mine that an agent would be scouring the Amazon lists for new authors, and that is exactly what happened. I can’t wait to share this story with new readers like y’all. I really hope you like it. There is a sequel in the works, as well as some other stories featuring black girl magic that I hope you’ll love.

Thanks for reading. This was much longer than I anticipated.