Running (SF/F)or the Culture, has been a dream come true for me, and I truly appreciate Queen Wahida for putting me in this space. Signing with a Black owned publishing house in and of itself was a big deal for me, it's such a rare and beautiful thing to be a part of. When I was asked to come on board and carry the banner ad Publisher/Editor for the sci-fi/fantasy imprint it was kinda like being invited to drive the Batmobile. Now it's my hope to be as universally cool, unapologetically Black, and a space for everyone willing to take the ride. To have started as an indie author, with a book and a dream, and to now find myself in this position ready to shake the literary world. Its almost like I'm living the trope in there coolest way. I feel like the proverbial farm boy meeting extraordinary circumstances in order to fulfil great destiny, and it's humbling. 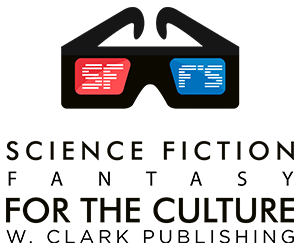 I'm honored and elated that my series The Vanguard has been chosen to lead the way for the imprint, and I think it's a good banner for what we are trying to do. Just like The Vanguard, we see a blending of vibes, worlds and literary traditions to create sci-fi and fantasy that will scintillate and inspire. It's my goal that we amplify sci-fi and fantasy that fuel imaginations and inspire.

In Book I The Stand meets The Fires of Vengeance as diverse heroes battle the police state in a post collapse New England inner-city!

The Road to Resistance by Chase Bolling is probably one of the most BADASS books I’ve ever read. 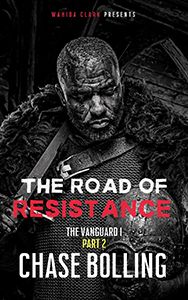 As I work on The Vanguard V The Juneteenth Campaign I am excited to announce the Chronicle of the Unbroken The Vanguard IV, is entering it's beta phase! Fresh off a jailbreak from a government black site in Sleepy Hollow, Chessed of the Vanguard is back in Chronicle of the Unbroken! While longing for a reunion with Khalise and his family, but first he must fight. Beside his fellow escapees Chessed must fight through a post-apocalyptic New York; ruled by a shadowy cabal of Federal High Constables, corrupt activist clergy, and a necromancy wielding special forces officer, in disguise as the leader of a terrifying street gang!

The secret origins of the rogue AI, AINI that stripped the world of modern weapons is revealed as Chessed must discover new allies if he has any hope of victory against insurmountable odds! Anybody interested in becoming a beta reader for my later project feel free to contact me on IG @Chase.Bolling.Author!